How to tell if a Softball Bat has been Shaved or Rolled? (Spot the Signs)

There is so much parity in softball that players and teams will do anything they can to get an advantage. This guide in particular focuses on how to tell if a bat has been shaved or altered in anyway.

Bat shaving is what is sounds like, the bat is shaved or thinned on the inside walls. The end cap is removed and a special tool is used to thin out the bat walls so the bat will have more pop or trampolining when the ball hits it.

Bat shaving is a real issue that still exists in today’s game. This happens along with something called bat rolling. Both of these modification techniques are designed to give bats more pop to give the player using it an extra edge.

Table of Contents show
1 How can you figure out if a bat has been shaved or rolled?
1.1 End Cap
1.2 Graphics along the barrel
1.3 Sound clues
2 How is a bat shaved?
3 What is bat rolling?
4 Benefits of rolling and shaving
5 What happens if you use an altered bat?

How can you figure out if a bat has been shaved or rolled? 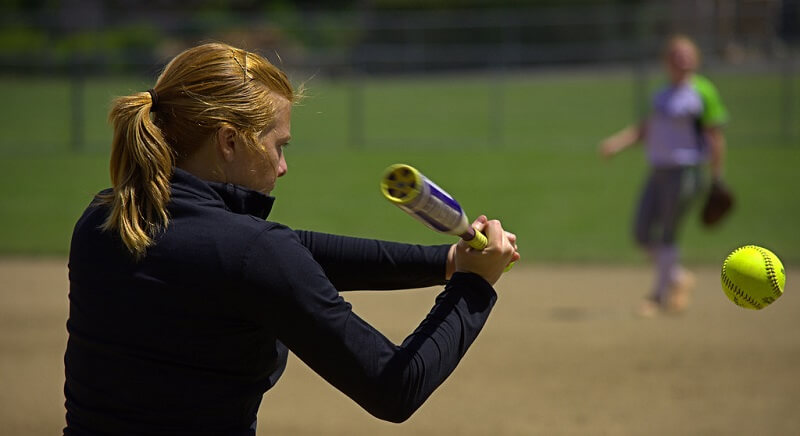 There are a few ways to tell if a bat has been altered by shaving. First is with an inspection of the end cap. Next is to check the graphics along the barrel of the bat. Lately – you could listen to the sound of the bat when it makes contact with the softball.

One of the first signs of bat altering is determined by inspecting the end cap. If the job is done well, there won’t be any signs of removing the cap. But, badly done jobs will show unusual marks from tools on the end cap.

Graphics along the barrel

There is also a good way to check for a rolled bat. If a bat has been compressed or rolled, the graphics might have unusual movement. Bats often crack under the pressure and cracked bats are not permitted in any leagues. Usually, when a bat is used normally, there will small indents where the ball has hit it, but with a rolled bat, those indents will be long. There could also be spots on the bat where it was held in a vise.

Some people think that they can tell if a bat has been doctored by the sound of it. If the job is poorly done, there is a chance that the bat could have an unusual sound, but new composite bats have unusual sounds already, especially if they have special features on the inside.

How is a bat shaved?

The goal of bat shaving is that the shaved inside will not be detected by umpires or other inspectors. While the interior adjustment might not be easy to see, the effects on the ball will be. When a bat is shaved, hitters often get up to 50 extra feet on balls that are hit well.

Bat shaving is often done with a special drill bit. So, if you see a player suddenly hit the ball farther than usual, then there could be cause to be suspicious.

Since most leagues have standards for bats, making changes to any equipment is considered a form of cheating.

What is bat rolling?

Along with shaving bats, hitters will often do something called “rolling” the bat. This is another technique that is designed to add pop to the bat. Instead of working with the interior walls of the bat, the bat is put through a set of rollers to squeeze the hot spot of the bat. This is supposed to help the bat break in quickly and become let compressed.

Both of these techniques are used with composite bats. As the bats are squeezed or shaved, the fibers of the composite material become weaker so the bat has more give and will send the ball farther into the field. When a player uses a brand new, stiff bat, a hit ball does not travel as far as a bat that has been broken in and has more bend to it.

In some shops, bats will be heated first because that weakens the fibers even more. And, some are compressed slightly, but not to the point of breaking. See photos of rolling and compressing.

While rolling or shaving a bat helps its performance, it does increase the likelihood that a bat will break. Since bats, the good ones, cost $300 or more, altering the structure of the bat means that you could spend more money on your equipment.

Benefits of rolling and shaving

When you break in a bat early by shaving or rolling, you do add more than power to the bat.

Rolling a bat causes the sweet spot to grow slightly so that you have a better chance of hitting for power, rather than a bloop single. If you buy used bats, rolling them or shaving them can remove the spots on the bat that haven’t been hit, so the whole thing is evenly broken in.

A rolled bat can also quickly break in a new bat – it only takes a couple of days of rolling a bat to get it ready for play. 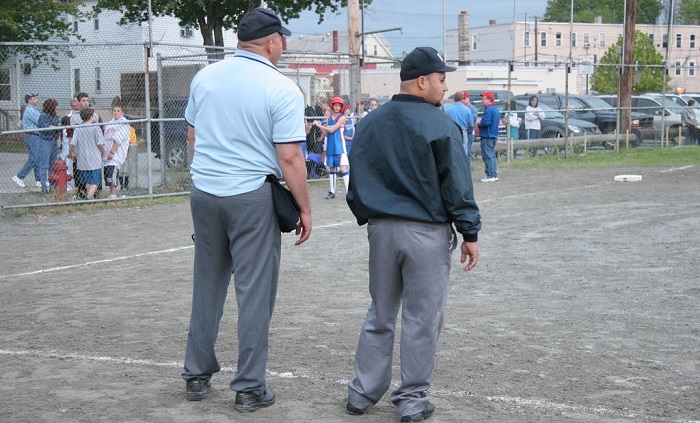 What happens if you use an altered bat?

Professional umpires at all levels of play are regularly trained so they know what to look for with altered bats. While it might seem like a good idea to give yourself some added pop at the plate, isn’t better to prove that you can win on your own legit skill?

If you get caught with a shaved bat, you could suffer some serious consequences.

While altered bats are usually acceptable in home run derbies or other skill competitions, they are not allowed in regular game play.

If you are caught with a doctored bat, the player, owner of the bat (parents), and/or coach could be suspended for a significant time – in some leagues the ban is for life. In other leagues, it is up to two years while in some the entire team is forced to forfeit. Check with your governing body (e.g. USSSA, ASA, NSA, NCAA, etc.) to see what the rules are for altered bats.

We hope that this guide has provided you with enough inside to help determine whether or not a bat has been shaved, rolled, or altered in anyway. Let’s keep it clean!

Best Fastpitch Bats for Slappers: #1 may surprise you!